On 25 March 2022, 50 participants joined the RIS4CIVIS public conference Cross-border R&I in the European Universities Initiative at the Académie Royale in Brussels, with another 200 spectators following online. The conference gathered representatives of CIVIS, other university alliances, policymakers and academics to debate and share experiences of the reality of cross-border R&I. 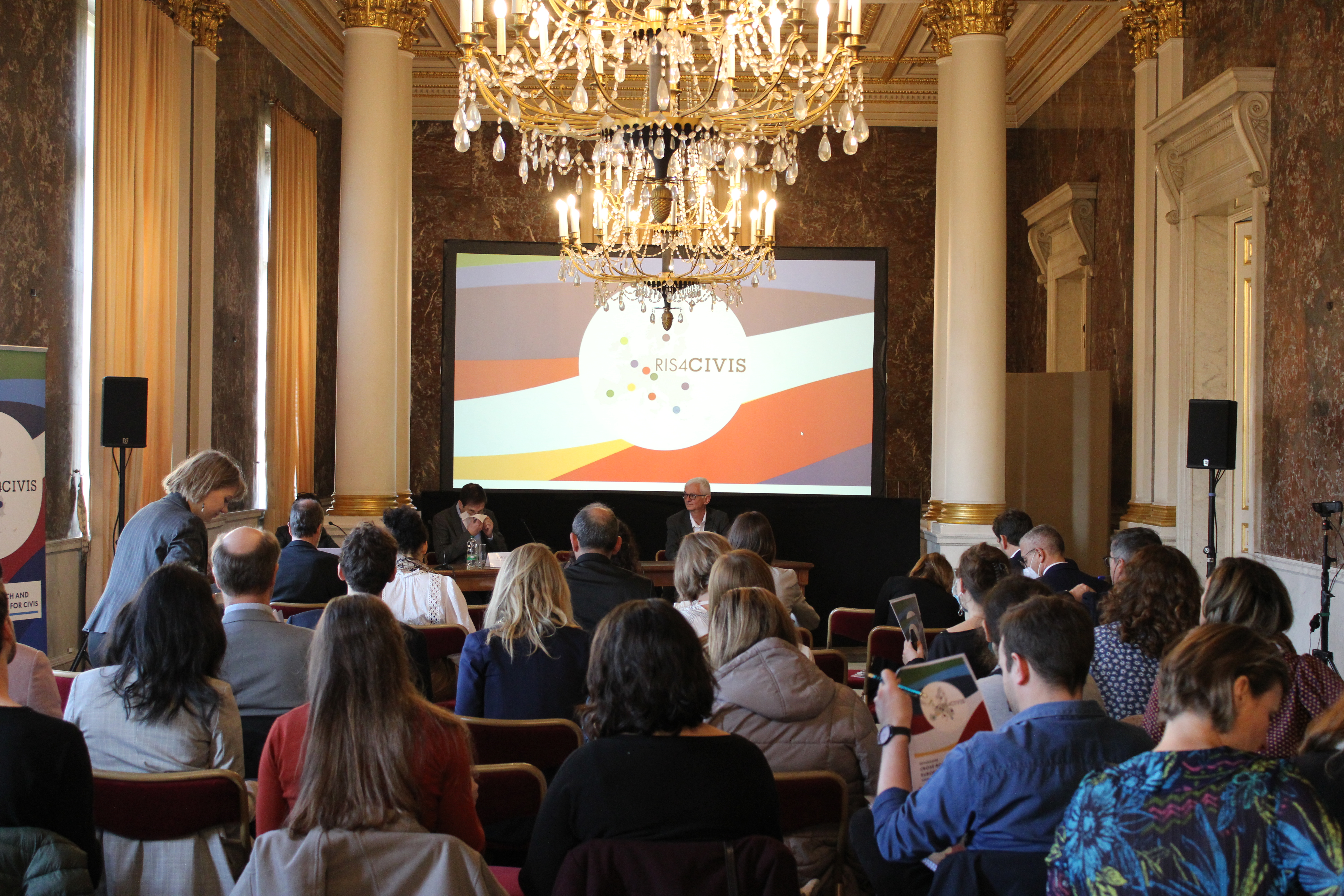 The event was introduced by Anne Weyembergh, Vice-Rector for External Relations and Cooperation at Université libre de Bruxelles, followed by a speech by Patrick Brenier, Advisor for the European Research Area (ERA) and Open Science at the European Commission. Brenier discussed the research missions of European Universities in the context of the ERA's challenge-based perspectives.

Philippe Delaporte, Vice-Rector for Research at Aix-Marseille Université, closed the introductory session by providing a presentation of RIS4CIVIS, our project developing a research and innovation strategy for CIVIS.  He stressed that supporting researchers in their needs and new collaborations in the CIVIS landscape is the key objective of RIS4CIVIS. Now entering its third phase, RIS4CIVIS will create and experiment with new joint initiatives at the level of the CIVIS Alliance to support research and researchers. These include opening and promoting research infrastructures, working towards the definition of a CIVIS innovation strategy, creating a new career development programme targeting early-career researchers, and creating new tools to encourage Open Science and Citizen Science practices among CIVIS research communities.

The ending point of this introductory session? "To never forget to keep students at the heart of these interactions".

See below the replay of the introductory session.

European University Alliances as a new nexus of innovation

Berghmans stressed that the innovation ecosystems developed in the framework of alliances will eventually impact all universities across Europe. The different panellists, representing the European Commission and various universities, shared their perspectives on what European university alliances are currently aiming to achieve when it comes to innovation.

The panel members also exchanged about how the tools they are currently developing will impact the future of universities in general. The panel discussion closed with a discussion on cooperation between Alliances, public organisations and companies for innovation in sustainability as well as digital innovation.

University Alliances as a springboard to integrated mobility

Marius Gilbert launched the debate by stating that students views about what they consider important are shifting, with major cosequences for the future of mobility in higher education for both students and researchers.

Key issues in the debate that followed included:

Among other things, it was pointed out that:

The event in pictures