The University of Bucharest wraps up 2021 with Local CIVIS Days

Creative competitions, meetings with local and international leaders, and lots of information about CIVIS opportunities - this and more was on the menu as the University of Bucharest celebrated the Local CIVIS Days 2021. 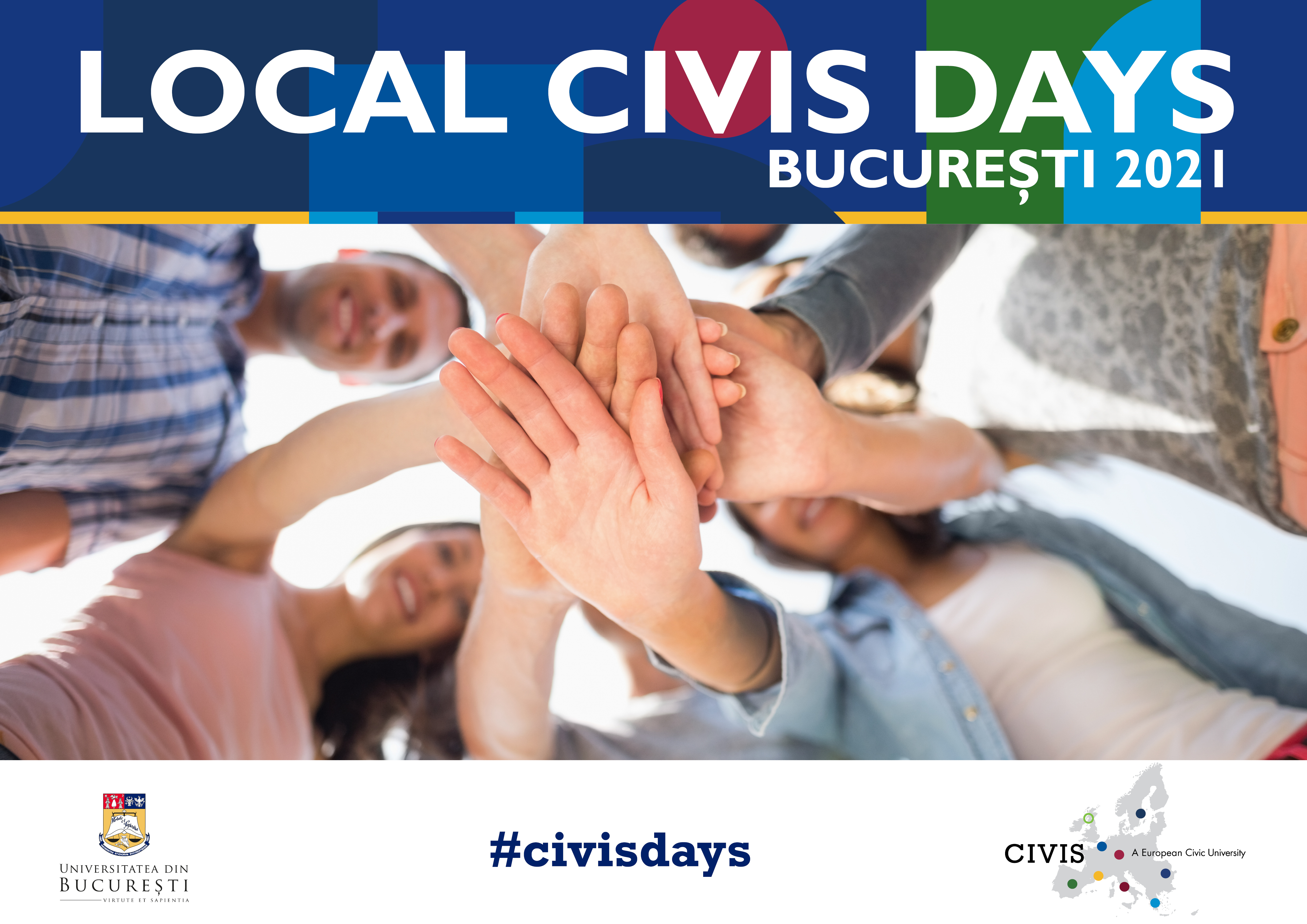 The 2021 edition of the Local CIVIS Days Bucharest reached its peak after a week full of conferences, competitions and activities dedicated to the university community! All nine projects proposed by students in the CIVISthon UB will be implemented in 2022.

Out of the desire to increase the institution's involvement as a responsible actor in the community, the University of Bucharest (UB) organised a hybrid format 5-day event to gather its community around CIVIS: the Local CIVIS Days Bucharest 2021. The event was organised into:

An award ceremony was held on the final day of the event to award the winning teams their prizes and congratulate all participants for their hard work. The ceremony was broadcasted live on the Facebook page of the University of Bucharest.

The participating teams were organised into faculties.

The winning team of the CIVISthon represented the Faculty of Chemistry of the University of Bucharest. The team stood up with their project on “Ecological and energy potential of capturing CO2 emissions using MOF-type structures”.

The team was composed of students Andreia Luca, Robert Botea and Sebastian Cojanu, who were coordinated by Associate Professor Mădălina Săndulescu-Tudorache, PhD. They were rewarded with tablets by Fland Gruppe.

The second prize was awarded to the team representing the Faculty of Law, composed of students Ana-Maria Țolea, Iulia Scarlat and Radu Artiom and coordinated by Professors Camelia Toader, PhD, and Ana-Maria Dimofte, PhD.

The students in the teams placed second and third were each rewarded with shopping vouchers of 200 lei from Kaufland.

What does the CIVIS experience look like for UB students? On Thursday 9 December, the University of Bucharest brought together students who had already participated in CIVIS mobilities to share their experiences with the university community.

On the same day, a game contest named "What do we know about CIVIS?" was organised for the UB community to challenge its knowledge about the CIVIS Alliance, selected in 2019 by the European Commission to be in the first wave of European Universities.

In the context of the Local CIVIS Days, the University of Bucharest organised meetings with civil society, with the Ambassadors of the states where CIVIS member universities are located, and with the representatives of the national public authorities.

The conference “Civil Society, UB and CIVIS” began with an official presentation of CIVIS activities and missions. Overall, the event focused on the development directions of the CIVIS Alliance and the relationship between the University of Bucharest and the community of which it is part.

The University of Bucharest organised a meeting with the Ambassadors of the states where CIVIS universities are located and the representatives of the national public authorities, in the “Ioan Mihăilescu” Amphitheater of the Rectorate. 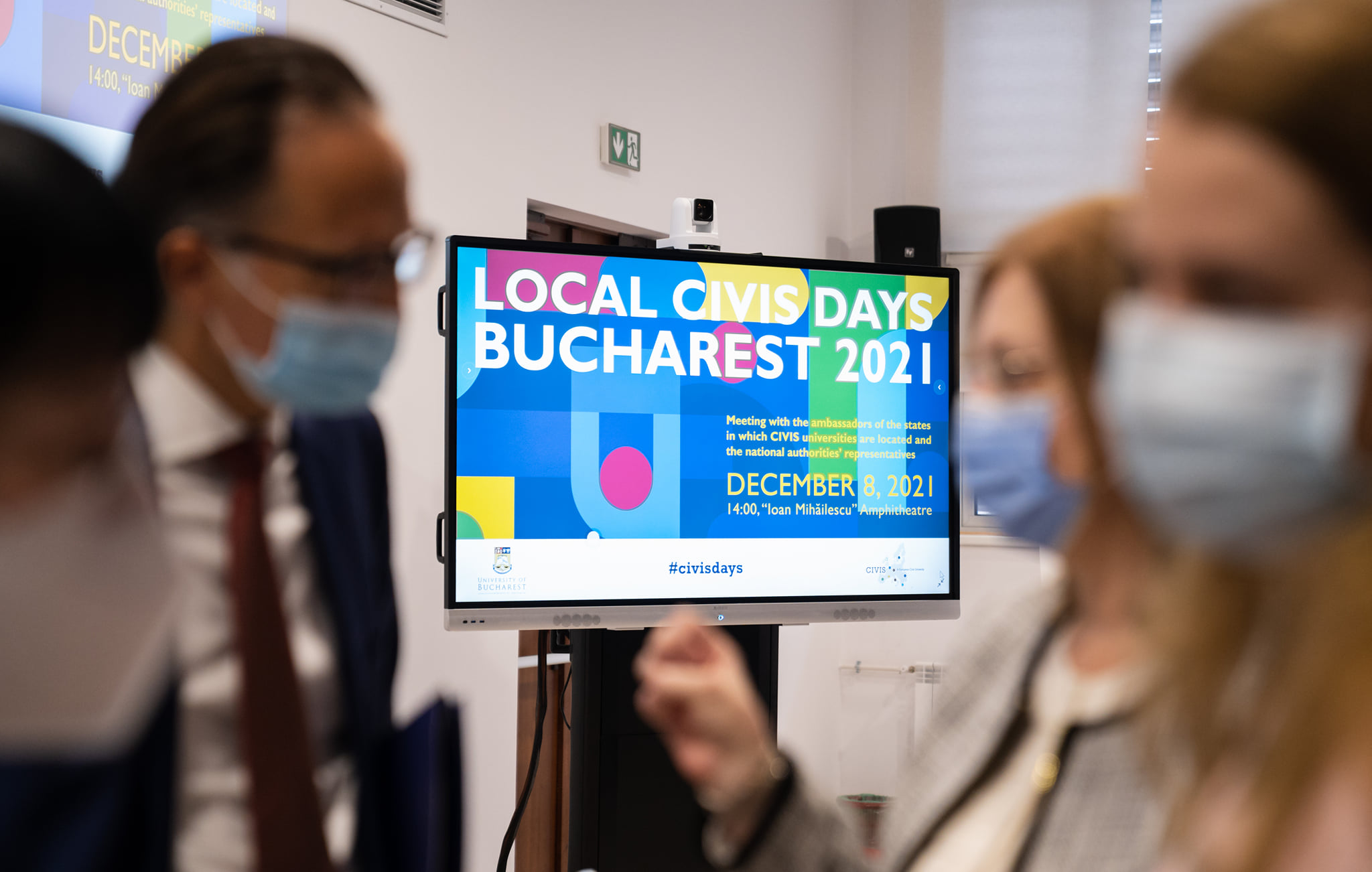 The event began with a presentation of CIVIS, a European Civic University, by Associate Professor Sorin Costreie, PhD, Vice-Rector for University Networks and Public Relations and institutional coordinator of the CIVIS project. 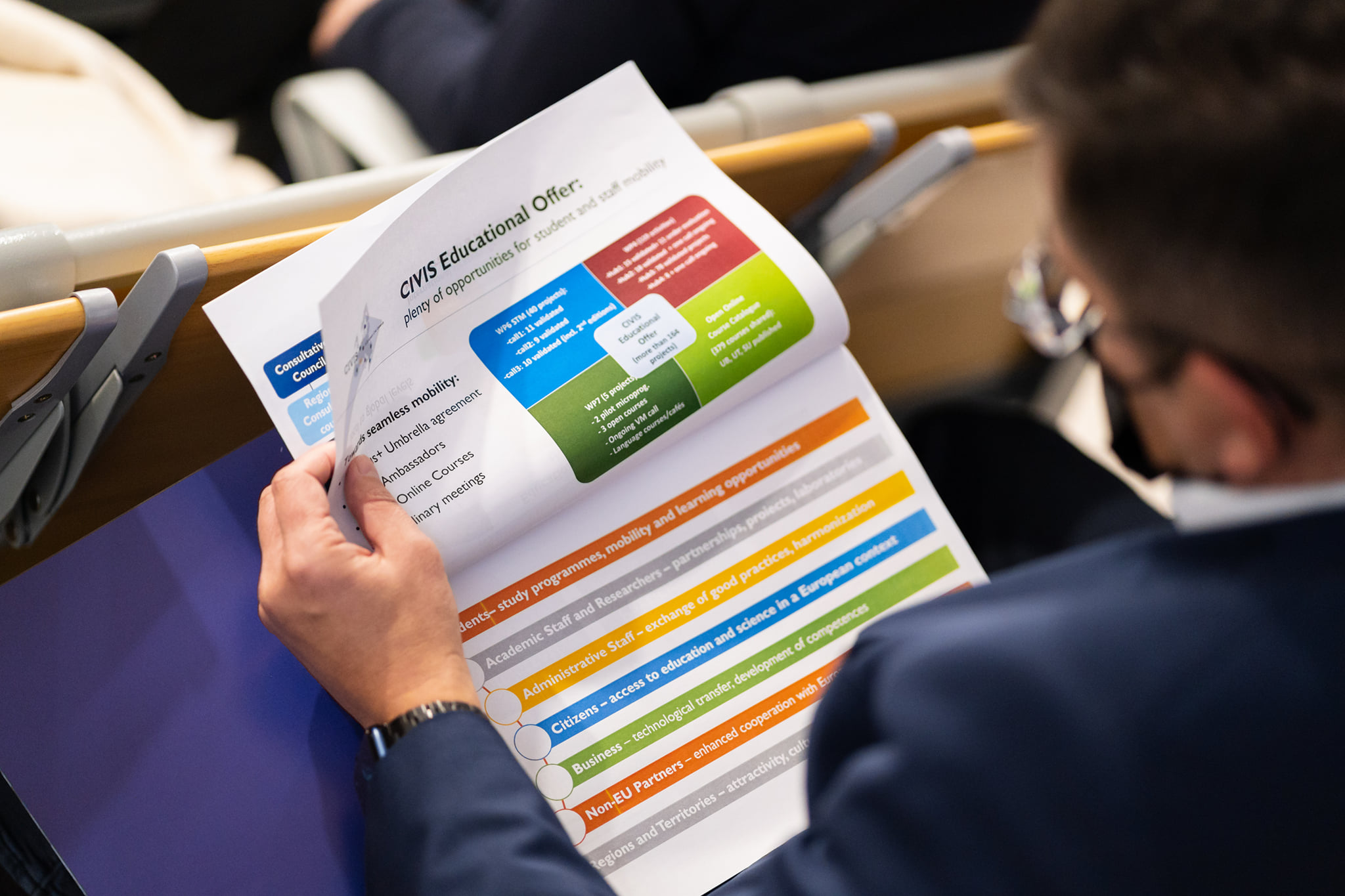 Among the participants in the event, Mrs. Ligia Deca, Presidential Adviser - Department of Education and Research - stated that European universities are an undeniable example of a new era of European cooperation in higher education. Ligia Deca remarked that "these European Universities, emerging from the idea of ​​establishing wide university networks, represent a foundation for the future of European cooperation in general. Despite the difficulties in administrative harmonization, these alliances embody the idea of ​​European unity that animates the entire European Union.”

Finally, based on the experiences of CIVIS, the University of Bucharest proposed to the university community a debate on the construction of European higher education, from the perspective of European universities.