The Open Labs' first transnational initiative at the University of Glasgow

On 13 July 2022, the CIVIS Alliance hosted an event to showcase the first Transnational Initiative of the Open Labs at the University of Glasgow. As part of the event, members of the CIVIS Open Labs shared details of their own ongoing CIVIS-funded local initiatives which look at creating spaces for dialogue at each university that specifically address the challenges that many migrants and refugees face across the different regions of the Alliance.

Each institution has worked to engage with the migrant communities within their cities to organise various activities and events such as workshops and roundtables which offer these communities a voice and doing so, generate a greater sense of visibility and awareness.

This engagement has also helped to identify potential lines of research and work between academics and experts, thus, offering different approaches for finding valid answers to the question: how can universities support migrants and refugee communities?

As part of a morning session, participants met both physically and virtually to take part in the hybrid event which also included an overview of some of the activities taking part at the University of Glasgow UNESCO Chair Refugee Integration through Languages and the Arts (RILA).

The CIVIS Alliance welcomed Mr Savan Qadir, Dr Dan Fisher, Ms Pinar Aksu and Ms Hannah Thomas from the University of Glasgow to share details of their local experiences of working and engaging with migrants in Scotland, thus providing further context to the situation. 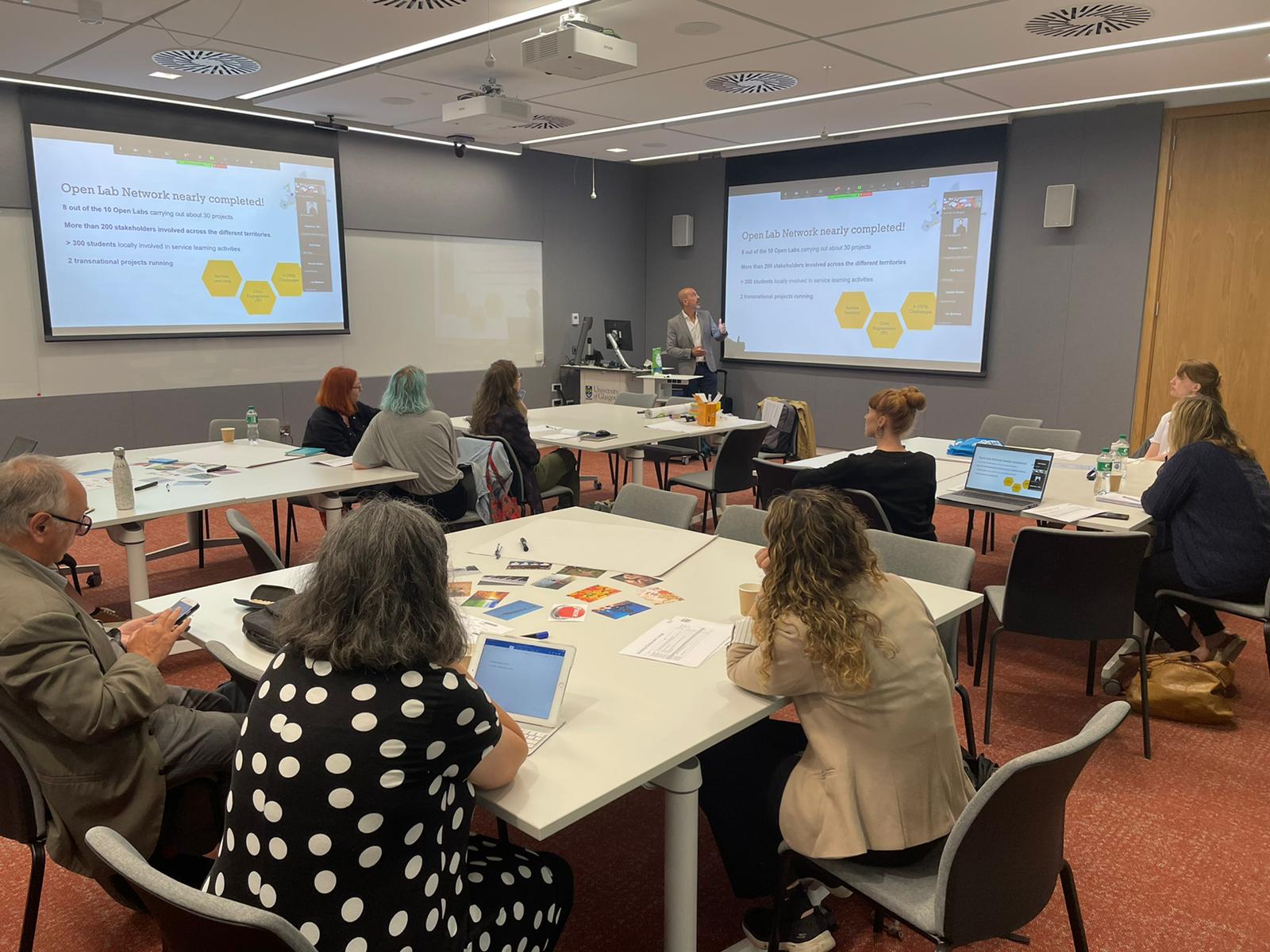 CIVIS participants then shared updates on their own activities and actions in relation to their transnational projects over the last six months. Some members have focused on identifying the migrant populations within their region and the actions that could follow (University of Bucharest, Stockholm University, National and Kapodistrian University of Athens), while others (Aix-Marseille Université, Sapienzà Università di Roma, Universidad Autónoma de Madrid, University of Tübingen) have focused more on raising awareness of the migration communities through different performing practices.

The Université libre de Bruxelles, on the other hand, is working on developing collective instruments to engage students in helping migrants while our colleagues from Paris Lödron University of Salzburg (PLUS) presented their work on public engagement. At the end of August, Open Lab leaders will then meet in Salzburg as PLUS colleagues look to launch their own Open Lab.

Watch the replay of the event

Outputs and conclusions from this transnational project on the role of Higher Education in support of migrants and refugee communities will be published on the Open Labs section of this website, once each university member has concluded their activities.

New Open Lab at the University of Glasgow

The event was hosted at the University of Glasgow, where they have just launched their own Open Lab. The University of Glasgow CIVIS Open Lab has teamed up with the Glasgow Centre for Population Health (GCPH), the Advanced Research Centre (ARC) and the UofGEngage Forum to launch the Small Grants Scheme which opened in May 2022. Ten community-led projects were then selected in June, and the UofG Open Lab team will now work with project leaders to identify resources and connections within the University, that may be useful to bring into the project. The successful projects will have until January 2023 to carry out their proposals. 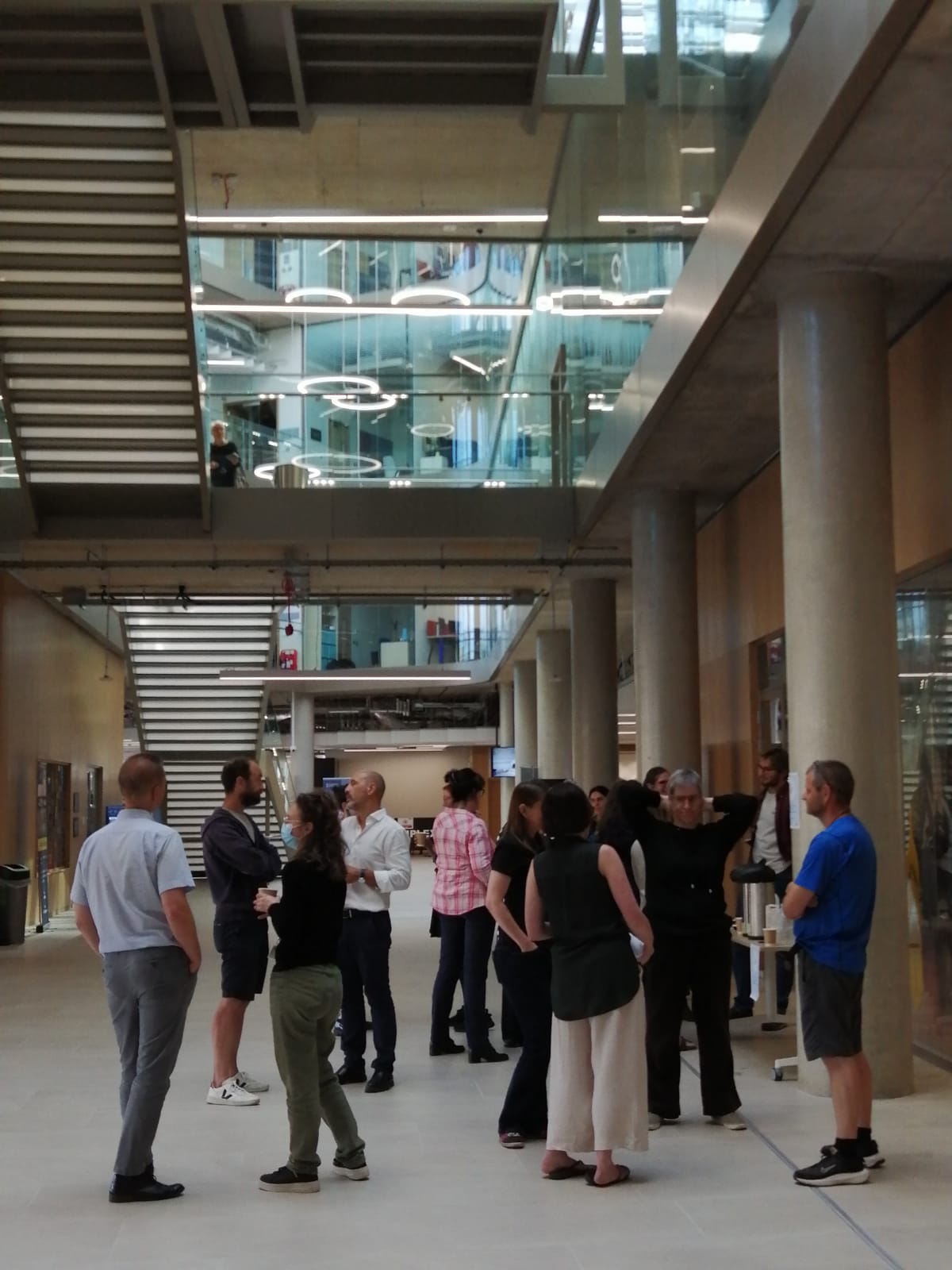 On 12 June 2022, CIVIS WP3 members also attended a workshop alongside other researchers at the University of Glasgow, facilitated by the UofGEngage team, to examine the meaning of civic and public engagement.  This was a great opportunity to reflect on what this might mean for the CIVIS Alliance and how it might affect how CIVIS colleagues take forward the Open Labs mission.

Learn more about the Open LaBs