CIVIS has been established as a University that reaches from the local level to the international dimension, focused on responding to local needs, contributing to regional development strategies, and addressing global challenges. The development of Research and Innovation (R&I), as an integral component of its educational mission, has been part of the CIVIS mission from the very beginning.

It is in this perspective that RIS4CIVIS has been elaborated and now operates. The overall objective is to produce an integrated, long-term R&I Strategy that, will over time enable the constituent members of the CIVIS European University to seamlessly integrate their know-how, expertise, and resources in the service of Research and Innovation that effectively addresses current and future societal challenges, at local, regional and international level.

As part of the activities developed to reach this objective, the Cups&Cakes meetings aim to create a discussion forum for researchers to connect and get an overview of what is happening in other partner universities on a specific topic. In the longer term, these exchanges also aim to foster exchanges and develop potential collaborations within the CIVIS Alliance.

These Cups&Cakes will be scheduled for one hour and will consist of two phases:

These meetings will take place on Mondays every two weeks from 10h00 to 11h00. Each partner University, in turn, will have the opportunity to present to the CIVIS Community a subject of their research.

The CreA-Patrimoine of ULB is a leading Research Centre in the fields of Archaeology and Cultural Heritage. It is part of the Department of History, Arts and Archaeology of the Faculty of Philosophy and Social Sciences and brings together a vibrant and dynamic community of people, including academics, research fellows, technical staff and PhD students committed into innovative research and teaching. The Centre is engaged with the archaeology of most regions of the world, from Eurasia to Africa, the Americas and the Mediterranean area and most periods of the past, with further expertise in Cultural Heritage both nationally and internationally. It organizes fieldwork training for the students in archaeology at ULB, leads international research programs and is engaged in a wide variety of educational projects. A brief presentation of the Centre will provide the audience of CIVIS with an overview of the main on-going research programs and the areas of expertise of its members.

The PANORAMA platform (ULB) : a tool for the 3D valorization of heritage (Sebastien Clerbois)

Recognized by ULB since 2016, PANORAMA (platform for the acquisition and digitization of objects and surveys in architecture, monuments and archaeology) associates three laboratories, the CReA-Patrimoine (Archaeology and Heritage), Alice (Architecture) and the LISA (Engineering). Through selected examples, the communication aims to reveal the added value of digital humanities not only for the valorization but also for the study of heritage.

The excavation and research program of the CreA-Patrimoine (ULB) at the Necropolis of the ancient city of Itanos, East Crete, Greece (Athena Tsingerida)

Since 2011, the CreA-Patrimoine (ULB) under the auspices of the Belgian School at Athens leads excavations in the ancient Necropolis of the city of Itanos. This harbour settlement, located on the East coast of Crete, was founded ca the 9th -8th c. BC following its position on the cross-roads between north and south, east and west, and thanks to its well-protected bay that offers a sanctuary to ships travelling along, recently rediscovered, maritime routes. At least from the Archaic period onwards, the city derived its strength and, most probably, a large part of its income, from maritime traffic. According to Herodotus, it played a role in the Greek colonization of Cyrene (Libya), while, in the Hellenistic period, following later sources and archaeological evidence, it served as a port of call to the Lagids’ network throughout the Eastern Mediterranean and the Aegean.

The team of the CreA-Patrimoine, directed by Athena Tsingarida and Didier Viviers, resumed a previous five-year excavations program (1995 -1999)  directed by Didier Viviers in the ancient cemetery of the city under the auspices of the French School at Athens. The excavations brought to light a sector of the cemetery dated from the 7th to the 1st century BC, and yielded a wide variety of funerary monuments and burials from incineration pits to family enclosures. But, most importantly, the research program undertaken so far brought into light a unique funerary complex, dated to the late 7th – late 5th c. B.C., a period considered to be a hiatus in the burial customs and funerary occupation of Crete. The study of the complex which is not completely excavated so far suggests that it was used as a place of worship to the ancestors, where feasting and ritual practices took place in relation with earlier graves, in order to construct both a social identity and a status visibility. Within the new five-year program (2021-2025), fieldwork will continue to complete the excavations of this complex while further excavations will take place North to the funerary building,  in area which seems to have been in use since the early occupation of the site. The new program seeks to undestand the spatial and symbolic relation of the funerary complex with these earlier graves. It further aims to reconstruct the funerary landscape and the social and spatial organization of a necropolis that provides us with a rare and well-preserved case of long-term activity from the 8th to the 1st century BC.

Approaching the medieval townscape of Brussels : Brussels Archaeological Survey (2017–2021) and Geophysical prospection of the Grand-Place (may 2018) (Paulo Charruadas)

BAS is a multidisciplinary project financed by urban.brussels (the regional public service of Brussels) and carried out by the CReA-Patrimoine under the leading of François Blary. The survey aims at studying with archaeological and historical tools the historical cellars still preserved in the Brussels city centre. The objective of the survey is twofold : on the one hand, we seek to characterize each site under study from chronological, diachronic and material viewpoint in order to get a dating as precise as possible, a typology and in a final step to elaborate a scientific inventory ; on the other hand, and because the cellars are less involved with transformations in their material structure, we direct our attention on all information given by the material remains about the medieval urban fabric. The combination of both approaches allows a dive into the medieval townscape.

To complement the project, BAS team has undertaken in may 2018, through practical collaboration with two teams of France and Italy, a geophysical survey with latest technologies of the Grand-Place’s esplanade to obtain a precise picture of the archaeological substructures existing under the pavement and bearing witness of the ancient form the market square and the central districts of the medieval Brussels.

Professor Athena Tsingarida holds degrees in Classical Archaeology and Byzantine Studies from the Université libre de Bruxelles(ULB) and obtained her PhD from the University of Oxford (Wolfson College) where she studied as a Cecil Rhodes Scholar. She is Professor of Ancient Greek Archaeology and History of Art at ULB, Brussels. She was a Senior Associate Member at the American School of Classical Studies at Athens (2006-2007), a T.B.L. Webster Fellow at UCL, London (2014-2015), and was recently awarded a Visiting Research Fellowship at Merton College (University of Oxford) to undertake research during the 1st term of 2021-2022.

A specialist of Archaic and Classical Greece, her research mainly lies in the fields of ancient Greek pottery, cultural interactions throughout the Mediterranean world and reception of Classical Art in 19th-century Europe. She co-directed several international research programs in these fields, and recently completed a joined research project with Professor Irene Lemos (Oxford) entitled «Collective rituals and the construction of social identity in Early Greece (12th -6th c. BC) ». Among other subjects, she also undertook a study on 19th-century British and Belgian collections of antiquities in a joined research with Prof. Donna Kurtz (University of Oxford).  A field archaeologist, she led excavations and field study in Greece (Siphnos and Crete) and Syria (Apamea). She is currently co-directing (with Didier Viviers) the excavations, restoration works and study seasons in Itanos (Eastern Crete).

Sébastien Clerbois is an archaeologist and art historian. He is a member of PANORAMA and Co-Director of the CReA-Patrimoine. He is currently participating in a research program on the archaeological occupation of the Straits of Bonifacio (Corsica, FR).

Paulo Charruadas (ULB, PhD history, art and archaeology, 2008) is a researcher at the Centre de Recherche en Archéologie et Patrimoine at ULB. After studying the socioeconomic relationships between Brussels and its countryside in the Middle Ages, his work has been centred on building archaeology, architectural heritage and the material history of Brussels. He is currently engaged in the research project Brussels Archaeological Survey (BAS), aiming to study the ancient cellars (from the Middle Ages to the mid-19th century) still preserved in the Brussels Capital Region. 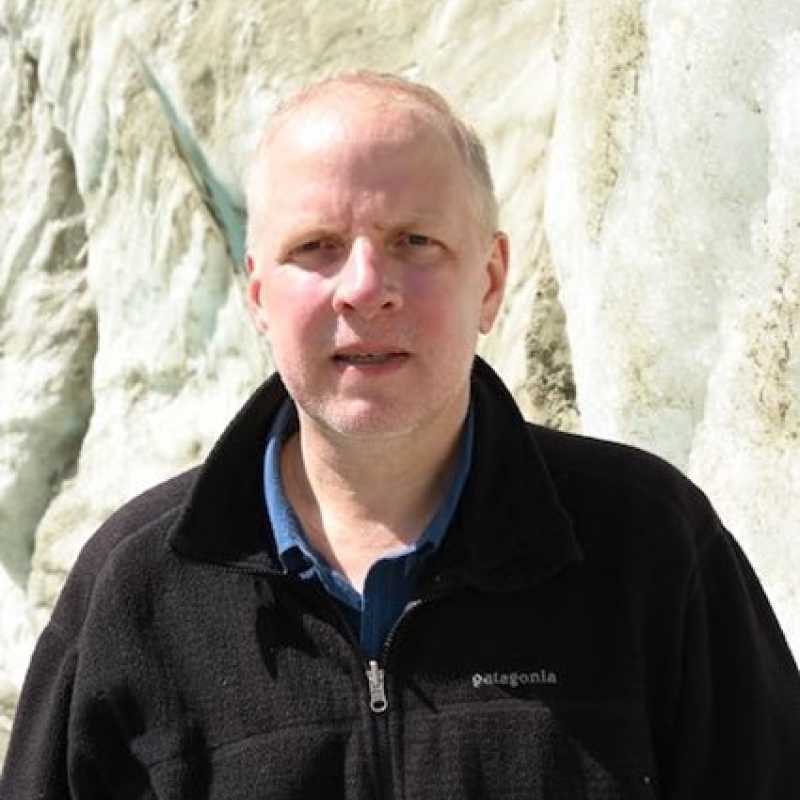 The Earth’s surface is modulated by fascinating interactions between climate, tectonics, and biota. These interactions are manifested over diverse temporal and spatial scales ranging from seconds to millions of years, and microns to thousands of kilometers, respectively. Investigations into Earth surface shaping by biota have gained growing attention over the last decades and are a research frontier. Examples of the scales of biotic interactions with surface processes range from microbial and fungal consumption of mineral surfaces over short temporal and small spatial scales, to vegetation interactions with climate, sedimentation and erosion over time scales of hours (individual storms) to millennia (global climate change), and spatial scales of centi-  to kilometers (encompassing individual plants to catchment scale biomes). In this lecture, I present an integration of research activities and opportunities related to this topic with an emphasis on processes spanning from human to geologic timescales. This lecture is intended for a general audience of viewers.

Todd Ehlers is Professor of Geosciences at the University of Tübingen, Germany.
His research interests are in the interactions between climate, tectonics, surface processes, and biota as applied to the evolution of Earth’s topography. His research involves an integration of field and geochemical observations with physics-based models of landscape evolution, plate tectonics, dynamic vegetation modelling, and climate. Professor Ehlers is the speaker for the German priority research program EarthShape (Earth Surface Shaping by Biota), an elected member of Academia Europaea, and a recipient of the European Geosciences Union Bagnold Medal. 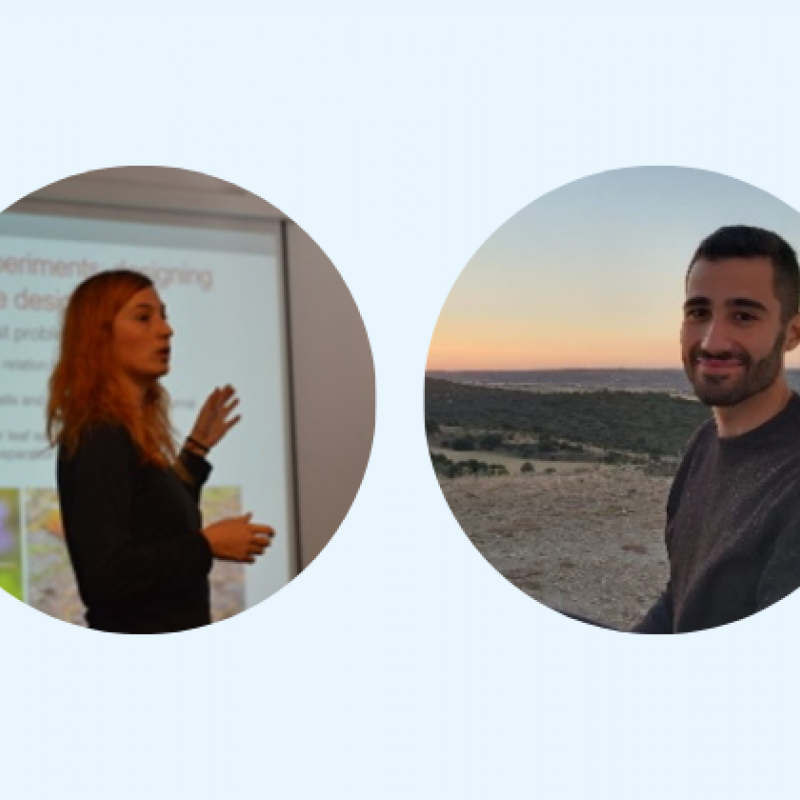 Soils are valuable ecosystems that support biomass and food production and make life on earth possible. The soil uppermost layers are colonized by small-sized communities formed mainly by cyanobacteria, lichens, and bryophytes that are essential for maintaining healthy and fully functional soils.

However, the spatial distribution of the soil cover communities and their ecosystem functions as well as their responses to climate are largely unknown.

In this talk, we will present the main results of the citizen science project SoilSkin that is focused on engaging non-professional volunteers in the collection of data on biological soil cover at a regional scale.

More about the speakers 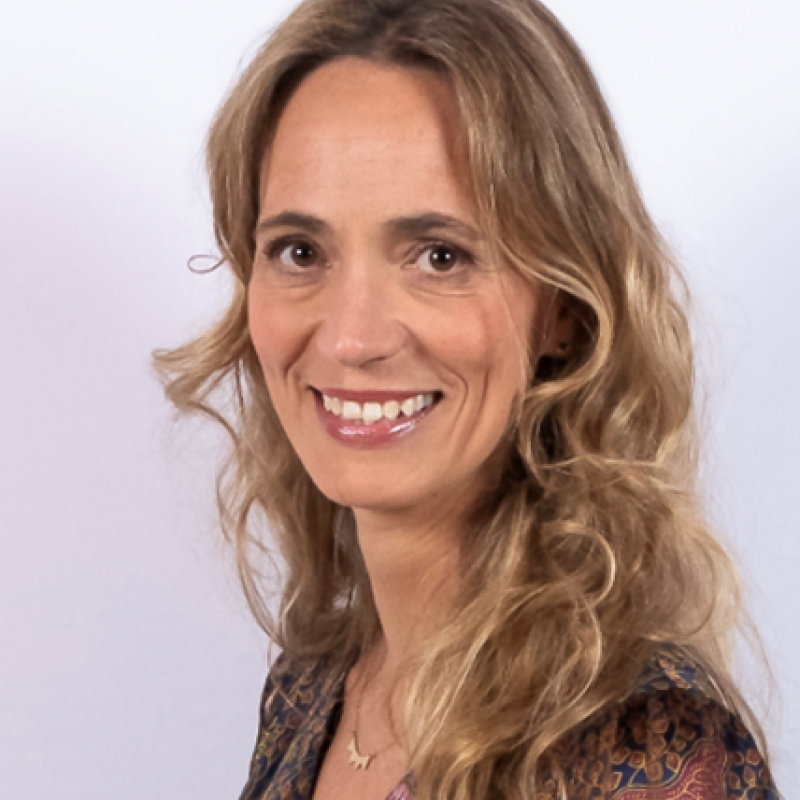 Advances in molecular genetics and imaging have allowed for the dissection of neuronal connectivity with unprecedented detail while in vivo recordings are providing much-needed clues as to how sensory, motor, and cognitive function is encoded in neuronal firing. However, bridging the gap between the cellular and behavioral levels ultimately requires an understanding of the functional organization of the underlying neuronal circuits. In this talk, I will present experimental evidence for the existence of hub neurons, cells critically contributing to the maturation of functional cortical circuits during brain development.

More about the speaker